How The Kilter Landed 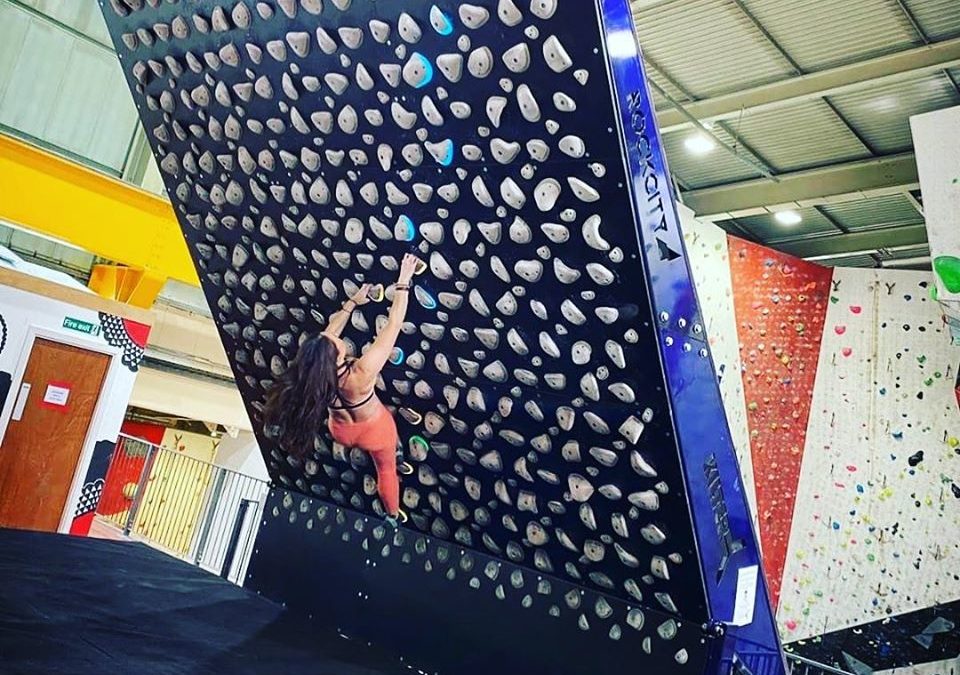 Trade shows are great and climbing trade shows are no exceptions. You know that feeling when you walk into a climbing shop and see all the new shiny gear, you walk around touching and pawing all the latest tech, you flick through the new guidebooks and the odd exotic place that you’ll never get to, but in the end, you leave with a block of chalk and a free sticker!

Think of the above experience and times it by a thousand and you’ll soon start to get a feeling of DAVs Halls & Walls held in Nuremberg every year.

If you’ve got a climbing product and you want to get it out into the big wide world then this is the place to showcase it! The only event in the UK to come close to this ‘kid in a candy shop’ experience is the Association of Climbing Walls (ABC) excellent annual conference.

In 2019 Dave Ayton, Sveinn Geirsson (AW Irish Directors) and I made our pilgrimage to Nuremberg to see what new on the indoor climbing scene. Just walking into the massive Nuremberg Convention Centre sets your nerves tingling. Indoor climbing has firmly set its stall out here for all to see!

You don’t have to walk too far inside before you start seeing familiar faces. There’s Matthias Polig & Peter Percher the Vertical Life team, oh, there’s Pete Zeidelhack and Nate McMullan touting their Petzl gear (and no doubt talking about setting!) and the event wouldn’t be the same without Stephen, Leo and Tim from Core Climbing.

Once you can drag yourself away from the buzzing central coffee/beer hub the enormity of the place hits you. In 2018 we had three floors of indoor climbing related stock to look over, this year in 2019 demand for stalls looks like it had tripled and a huge hall (think full-size football pitch) is now home to all the latest climbing bling you could ever imagine.

On entering the main hall, apart from the pure magnitude that hits you is one wall with a huge crowd gathered around it. Free stickers, holds or something even better? Before I can feast my eyes on this beast, a familiar face catches my attention and with a knowing grin askes me what I think to his debut training wall. The sheer size of the free-standing monolith is something that simply can’t be ignored, hence the crowd that had gathered around it!

Mark English of Rock City, Hull has focused on developing climbing wall products while we had devoted time and effort in opening more walls, I’m not sure who turns a better coin but it’s clear that our enthusiasm and passion remains high. After the usual boy banter, Mark eventually makes his pitch. ‘Dave, this is the Kilter Board, free-standing, changes angle from 30° to 70°, 13m2 of pure hold heaven, LED equipped, app operated and you need one of these in every Awesome Wall!

Admittedly I was very taken by this board but I had to play my cards close to my chest, to give Mark a hint of excitement could have doubled the price immediately. I said encouraging words like, nice, pretty, usable, big. Mark encouraged us to climb on it but we played it cool and said maybe later or tomorrow. I did fondle a few holds before leaving and much to my surprise I could actually imagine using them, unlike a lot of other training board holds that make me cry just looking at them!

We wandered off to see what other delights were waiting for us. We had two days to take everything in but our conversation kept on drifting back to the Kilter Board. Over on the Entre-Prise stand we chilled and caught up with Shauna Coxsey and Leah Crane for a while, inevitably the conversation turned to the Kilter Board. What’s not to like about the Kilter Board for an Olympic hopeful? When we were pushed on the question as to whether we were buying one, I think our smiles gave it away despite not giving an answer.

As we tried to escape the main hall we were once again drawn to the Kilter Board and Mark had a new trick up his sleeve to keep our attention, FREE BEER! Being accustomed to these cheap tricks we were stronger than that and we knew a few free beers wouldn’t sway us into committing to anything we may regret later!

The rest of the trip went by in a flash, a night out in Nuremberg, an early morning run with Peter Zeidelhack and his boys, more Halls and Walls and finally we gave in to play on the Kilter Board, the pièce de résistance. After visiting more than 300+ companies and seeing their products we all agreed that this board was the jewel in the crown at Halls and Walls 2019.

Mark could clearly see our enthusiasm, but we played it cooler than cool, drank more of his beer and left…

On landing, in Manchester, my phone promptly buzzes after I disengage aeroplane mode. The first message that pops up is from Mark (there’s a surprise!), it says- ‘You have 24hrs to decide if we are dropping the Kilter Board off at Awesome Walls Sheffield’… He’s obviously short of storage space back in Hull!

Not to seem overly keen I give it a bit of time before responding to him, 16 minutes to be exact. ‘How much for the demo unit to be delivered and installed in Awesome Walls Sheffield’ I ask. What followed was a series of texts outlining the purchase, delivery and installation of our new(ish) Kilter Board.

Good to his word, the board, mats and all the steelwork were delivered the following day. The Rock City team had been working solidly since the previous Tuesday, packing the vans, driving to Nuremberg, building the Kilter Board, two days of awesome ultra-promotion, dismantling the wall, packing it up, driving to Sheffield and unloading it. With all this in mind, we let the team go home for the night before the rebuild commenced.

Luckily the team were now well versed with how the Kilter Board went together and it shot up with ease.

It’s nine months now since the arrival of our Kilter Board and it’s fair to say that it’s drawn attention from far and wide. The app that accompanies it has 26,500+ problems on it from V0 – V14 and keeps a log of all your efforts.

With the new refurb on our training areas the Kilter Board now sits amongst two Moon Boards, an XClimb-Pro rotating wall, a Lattice Board, a 5.10 mega woody, a campus board, a circuit board, parkour rig, multiple board pull up station and a SkiErg (Google it).

The enthusiasm and love for the Kilter has been overwhelming. Everyone that uses it wants more. Many climbers are happy choosing one of the thousands of problems that are on the app, but there’s nothing better than setting your own problems and uploading them to the app for the rest of the Kilter Board world to try!

On a final note, it has to be said that the Kilter Board is a true ‘board for all’. I’m no mean climber these days but I can climb on this board problem after problem until either my muscles or skin gives in.

It wasn’t only the Kilter Board that we ended up buying at Halls and Walls. Marks pitch for perfection was relentless and an order was submitted for an obscene amount of holds and macros!

If you enjoy climbing, you’ll love the Kilter board.

CEO, Founder and Kilter Board Owner 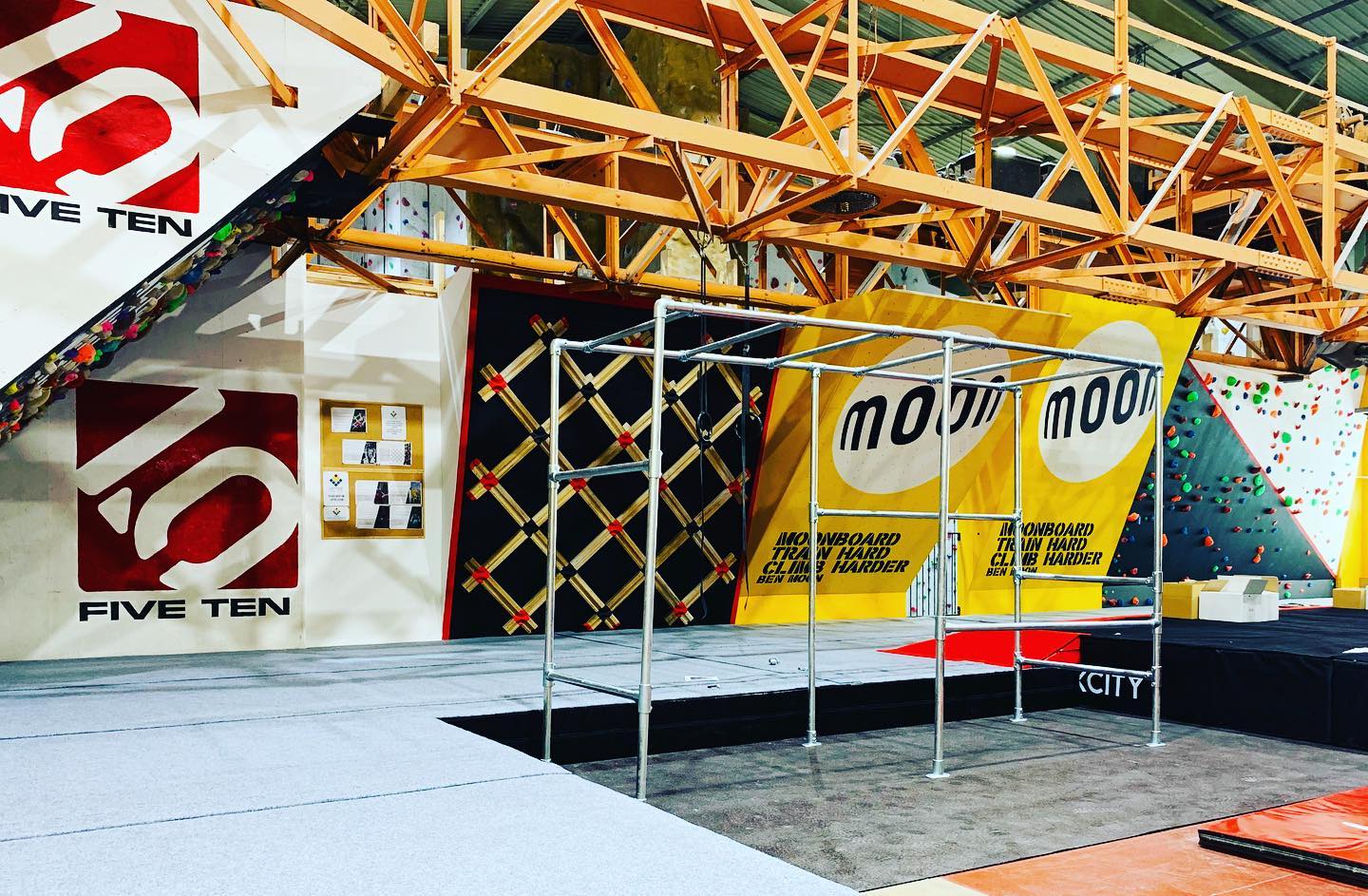